Last night and today, with the help of the good folks in the Habari community, I ported the PhoenixBlue theme that I released for WordPress over to Habari. You can check the theme out in action over at MikeSchepker.net and download it from here: Download PhoenixBlue for Habari Now

I’m sure there are some things that aren’t quite up to snuff, so if you want to throw in a helping hand and join a community of passionate coders and designers, visit Habari’s website or join us on irc at irc.freenode.net in the #habari channel.

This has been a great week for me for new music. It’s been so long since I’ve gotten some new music, so I’ve been keeping my ears busy with CunninLynguists’ Dirty Acres and Wyclef Jean’s The Carnival II. This week I downloaded three really good albums from the iTunes music store. 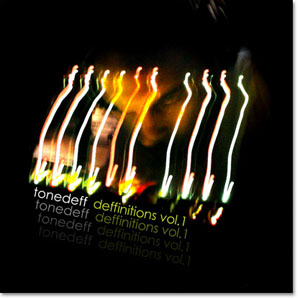 This album is a compilation of instrumentals by the very talented Tonedeff. There’s really nothing this guy can’t do. He is an amazing emcee, a wonderful singer, and a very underrated producer. This compilation is a collection of some of his best production. I really don’t know how he narrowed it down to the tracks featured on this album. He could release 3 or 4 albums of his best production, which I guess this is why it’s Vol. 1. Some of the stand out tracks are Stomp, Don’t Do It, and Route of Evil. If you like to hear multi-layered hip hop production that are more orchestrations than beats, check out this album. 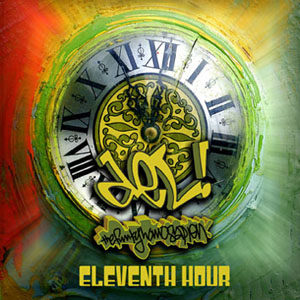 Del is back with a solo album after an 8 year absence. If you liked any of his previous work, you’ll love his Def Jux release. It’s more raw than his previous albums, showcasing more of his flow and lyrics than some of his previous albums. While I do miss the wonderful compositions by Dan the Automator that appeared on his group album Deltron 3030, it’s nice to hear something that focuses more on Del and his great voice and flow than the beats. Some of the stand out tracks on this are Raw Sewage and Naked Fonk. 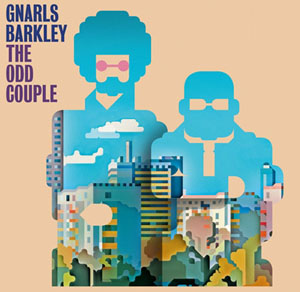 True to the album title, Cee-lo Green and DJ DangerMouse certainly are an odd couple. They took the world by storm with the first joint album as Gnarls Barkley in St. Elsewhere. Well, the chemistry that made them a hit last year is back in The Odd Couple. This time there seems to be a bit more substance in the album. While it doesn’t have a stand out single like St. Elsewhere’s Crazy, there are plenty of great tracks on this album. Whereas Del’s album is more simple in production, we get the same great multi-layered production that we come to expect from DangerMouse. While this album is less of a dance album, you will still find yourself nodding your head to every track. It’s great to see so much creativity in music, especially after listening to carbon copy music on the radio time after time. Standout tracks include Neighbors and Who’s Gonna Save My Soul?”

All three of these albums can be found in the iTunes Music Store. I suggest you buy all three.

This is Shep and I approve this message:

It’s 3 AM and something terrible just happened. Somewhere, someone is trying to call me. Unfortunately, my battery has died. Instead of hearing my voice, the caller is redirected to a cold, almost robotic voice of the voice mail. Is this who you want answering the phone at 3 AM? This April, vote for quality. Vote for excellence. Vote for reliability. Please, donate now to ensure when that phone rings at 3 AM, I’m able to answer it.

My birthday is in April and I’d really like to buy an iPhone. Here’s the problem, I’m a poor teacher that can’t afford the hefty $500 price tag. I really would like the iPhone for all it’s great features and so it can help me stay more organized. So, my lovely, sexy, smart, funny, witty, beautiful readers, won’t you do your part? Help me get the best birthday present ever!

Find it in your heart this spring to click below and donate to a worthy cause!

(paid for by The Committee to Buy Shep an iPhone)

I really love the band Flogging Molly. I’ve been a fan of them for years, since I heard their album Drunken Lullabies. Ever since I picked up that album I’ve been following their music career as closely as possible. I’ve purchased all their albums and enjoy them. Their latest album Float is a superb album. Anyone who is a fan of good punk rock, especially Irish-American punk rock, needs to listen to this. From their website:

Flogging Molly’s latest album, Float, recorded in King’s native Ireland, delivers still another iteration of the band’s sonic evolution. More mature yet retaining the immediacy that marks all of their work, Float may find the widest audience acceptance of any Flogging Molly album. Hard charging tunes “Paddy’s Lament” and “You Won’t Make a Fool Out of Me” give way, as listeners have come to expect, to more sober ruminations on tracks like “Float.” The overall effect is a symphonic layering of sound that possesses a unique rhythmic flow from boisterous to bereaved and back again. Long time fans and new discoverers will be equally astounded.

My favorite track from the album right now is “Requiem for a Dying Song.” It’s the first track on the album and sets the pace for what is to come on the rest. Enjoy.

I’m so looking forward to spring break. It begins on Friday. I need this break so much. I’m getting worn out by some of these kids. I look forward to staying up late, sleeping in, playing Super Smash Brothers on the Wii. I look forward to relaxing and catching up on some movies, friends, and sleep. Oh man, I’m looking forward to sleeping. They say you can’t play catch-up with sleep, but I’m sure going to try. After today, three more days this week until a week of pure bliss. I better enjoy it while it lasts though. MAP testing begins the Tuesday after we come back. Yay for standardized tests! (sarcasm)