https://donate.chicagopublicmedia.org/serial/ If you’re like me you are completely addicted to Serial, the podcast that tells one story, week by week, over the course of a season. They are looking for donations so they can produce a second season of the podcast. Please consider donating now. If you love the podcast’s great story telling and in-depth research, it’s worth it.

Two of my favorite busters, Ghostbusters and Mythbusters, are the subjects of the latest Epic Rap Battles of History video. This is probably one of the best battles yet. 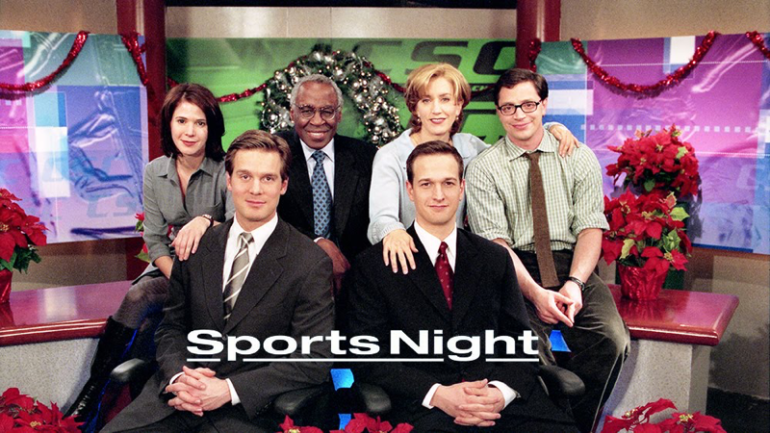 The series was less about sports and more about the interactions of the characters who hosted and ran the fictional Sports Center-like show. It featured Sorkin’s trademark quick and witty dialogue, with a ton of Capra-esque optimism about the world. While it only lasted two seasons (one with a horrible laugh track), it is, in my opinion, one of the best comedies ever made. I watch both seasons at least once a year. Read the entire article. It’s great.

Def Jam is 30 years old this year. Yes, 30. Rolling Stone sat down with co-founder Rick Rubin, returning to the very dorm room in which he started the label 30 years ago, to discuss how Def Jam began.

For more on the historic record label, check out Russell Simmons’ (co-founder with Rubin) book Life and Def or The Men Behind Def Jam by Alex Ogg. Both are great reads.