I love podcasts. I listen to hours upon hours of podcasts per week. I listen to everything from The Talk Show and ATP to Nerdist and You Made it Weird. It seems I can’t get enough of them. The problem is, I’m running out of time to listen to them all. One podcast that I’ve made sure is at the top of my list is Serial.

Serial is from the same people behind This American Life. Serial tells a new non-fiction story each season. Each episode of the podcast tells the next part of the story. It is absolutely addicting.

The first season, which has spanned 5 episodes thus far, tells the story of a young man convicted of killing his ex-girlfriend. Each episode of the podcast takes you deeper and deeper into this world, introducing you to all the key players, investigations and trial testimony. As you listen to the story (and evidence, or lack thereof) unfold, you can’t help but wonder if the person convicted is the person who actually committed the crime. With each episode, your uncertainty grows. It plays like a slick serialized television drama, but the fact that this story is real makes it all the more appealing. I have no idea how this story will end. I have no idea if it has a real ending or if it will leave you hanging questioning if he really did it without any certainty. The podcast could end with the guy still in prison and no new information regarding the murder. You have to wait and see and that is what makes this podcast brilliant.

Make sure you listen. It is journalism and storytelling at its finest.

Great summary of the situation in Ferguson, MO by John Oliver. I grew up in Dellwood, a city that shares borders with Ferguson, so this really hits close to home. 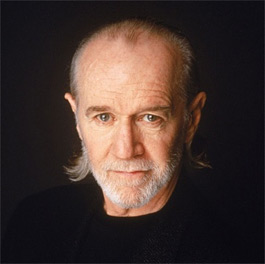 He was one of my favorite comedians.  I loved his comedy shows, his books, and his performances in movies.  He truly was a legend.  He will be missed.

Woke up this morning to some interesting news. Well, interesting if you live in Missouri.

Not all too surprising really. We, in Missouri, like our guns, even when we don’t like them. (I’m referring to our state legislature passing a concealed weapons law allowing people to carry with a permit even though the voters said no).

The measure spells out that people are not required to retreat from an intruder and can use deadly force once the person illegally enters their home, vehicle or other dwelling, including a tent. The bill provides an absolute defense against being charged or sued for using such force.

Why do I foresee a lot of drunk camping/hunting accidents/murders involving rednecks? I mean really, a tent? Does that happen often? Someone breaks into your tent to steal all your valuables? “Well officer, he did try to take my hundred-dollar Coleman lantern. That’s worth more than my trailer. And it’s a double wide.”

Under the old law, deadly force was justified only if people believed it necessary to protect themselves or others from death or serious injury.

Wasn’t that reasonable enough? Now all they have to do is come on to your property? Why do I think Blunt had one too many door to door salesmen or Mormons show up at his door? I can probably think of a few people that I wouldn’t mind inviting over and have myself protected under this new law. I know what you’re thinking, if I invited them, then I’m not protected under this law. Well, how are you going to find that out if they’re spread out over my lawn? (No, I’m not being serious, but I can’t wait until someone actually does claim this).

The measure also gets rid of a state law requiring people to obtain permits from their local sheriffs before they can get a handgun.

Sweet. Now it’s even easier for people to have guns without telling anyone. Gun Control in Missouri is an oxymoron. And don’t give me the crap about owning more guns makes crime rates drop. In Missouri it hasn’t.

A literary legend has passed. Kurt Vonnegut, Jr. died last night. He was 84 years old. Slaughterhouse-Five, God Bless You, Mr. Rosewater, and Breakfast of Champions were my favorite books by Mr. Vonnegut. I happened to be re-reading Breakfast of Champions this week. Such a great book. Rest in peace to a great writer. He was such a great satirist influencing countless authors around the world, including another favorite of mine, Chuck Palahniuk, author of Fight Club. His book, Slaughterhouse-Five is considered by many people to be the best anti-war book ever written and has won many awards.

Kurt Vonnegut, whose dark comic talent and urgent moral vision in novels like â€œSlaughterhouse-Five,â€? â€œCatâ€™s Cradleâ€? and â€œGod Bless You, Mr. Rosewaterâ€? caught the temper of his times and the imagination of a generation, died last night in Manhattan.

Mr. Vonnegut suffered irreversible brain injuries as a result of a fall several weeks ago, according to his wife, Jill Krementz.

Like Mark Twain, Mr. Vonnegut used humor to tackle the basic questions of human existence: Why are we in this world? Is there a presiding figure to make sense of all this, a god who in the end, despite making people suffer, wishes them well?