If there’s one thing that teachers hate it’s meetings. I don’t think I’ve ever met a teacher that is excited to go to a meeting where the higher ups tell them how to do their jobs. Here’s the thing though, get a bunch of teachers together (especially the female teachers) and you will see that while they may hate the meetings they do nothing to help the cause and get through the meeting quicker. Teachers have to make comments and tell stories about their students.

Tonight I had a meeting at Sylvan. The agenda was 26 points long. If I was running the meeting we would have been out of there in 30 minutes tops. I don’t need to expound on every single point. I don’t need to hear stories from every teacher about an experience with that point they’ve had. It is not necessary. At all. Especially when the meeting is all just a review of your job description and how you should be teaching. How long did this meeting last? 3 hours. Yes, 3. And we weren’t even covering new material, it was all on how everyone should have been teaching to begin with. I know I’m not perfect and I have probably made some of the mistakes covered in the meeting, but we really didn’t need to sit there for 3 hours and go on and on and on these topics. Talk about beating a dead horse. So yes, teachers hate meetings, but more times than not they are willing to extend everyone’s pain and misery just so they can tell stories. Give us a break and be quiet so everyone can get out of the meeting after a reasonable amount of time. Remember that feeling you had before the meeting started. We all feel that way. We all want to get out of there as soon as possible and you aren’t helping.

I had a dog growing up but I was a kid.  I wasn’t part of the dog owner culture that I have now come to know.  Like all dog people I love my dog.  I love playing with her and buying her toys and treats.  I love sitting with her in my lap while I watch TV.  That is where my commonalities with dog people end.  I do not throw parties for my dog nor do I dress her up.  The biggest difference between these people and me is that she is not my kid.

Yes, believe it or not, my dog is my dog.  She is not my kid.  Yes, I talk to her because I know that dogs recognize the tone in your voice and know when to be happy, sad, and sorry for what they’ve done.  Since I’ve gotten her though, other people have treated her like she’s my kid.  There is a neighbor in my complex comes over and bugs the crap out of me and makes Penny hyper.  She thinks because I have a dog and I’m outside that she can just come over and play with her.  She talks to her nonstop and tries to get her as excited as possible.  Normally I wouldn’t mind, but this woman is annoying and refers to me as Penny’s daddy. She’s not the only one though.  Several people seem to think it’s ok to come over and play with my dog.  If I’m taking the dog for a walk, that’s fine, but when I’m standing outside in the dark at 10:00 at night, I’m not walking the dog.  I’m waiting for the dog to do her business.  I don’t need you to distract her so that she doesn’t want to go.  Have some respect and back off.

Penny is doing great and seems to be completely used to her surroundings.  She has even started to let me sleep a bit later on the weekends.  The only thing we still need to work out is where she sleeps.  After the first few nights in the apartment I realized she can’t just sleep on my bed because she sleeps right up against you, many times using you as a pillow.  This made it very uncomfortable to sleep.  I decided to put her bed on my bed and that worked for a few nights, but then she started her routine of sleeping against/on me.  I think now I will try putting her bed on the ground and letting her sleep there (or on her “spot,” the recliner in the living room).  She is too small to jump up on my bed so I wouldn’t have to worry about her jumping up and sleeping on top of me in the middle of the night.

Here are some pictures of her if you haven’t seen her yet. 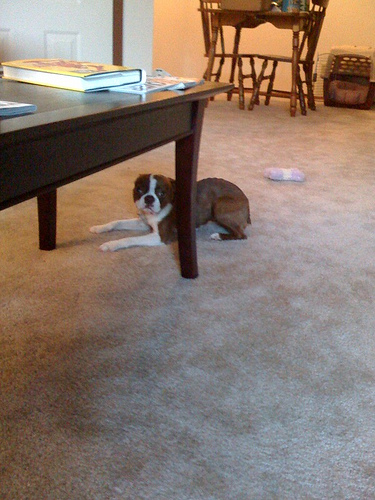 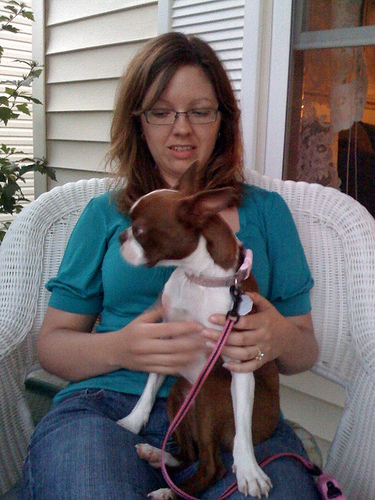 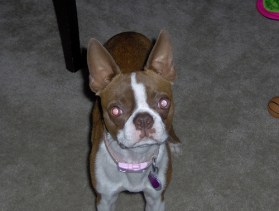 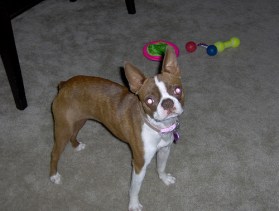 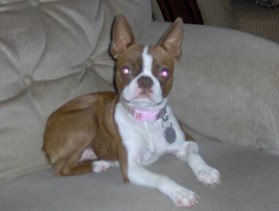 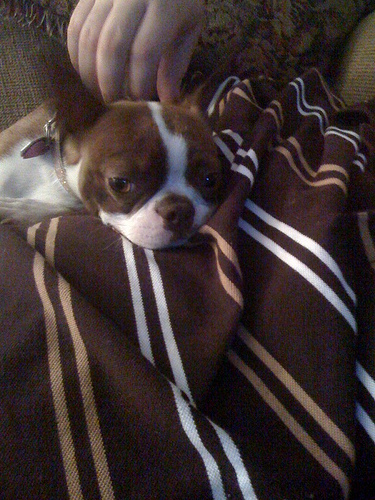 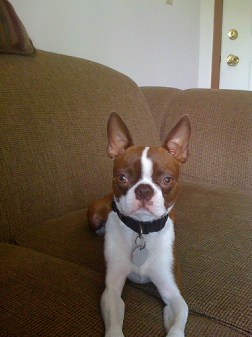 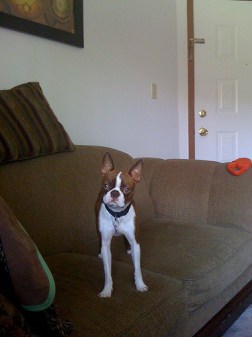 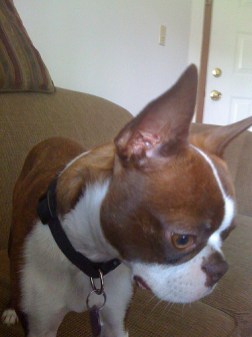 I’ve had my iMac for a few weeks now and wanted to give a quick update on my transition.  I’ve not used Windows at all at home (besides transferring files from the PC to the Mac) since I’ve gotten my iMac.  I’m familiar with most things on the Mac OS, as I’ve had a MacBook for a couple years now.  There were a few things that were bugging me about the iMac that I never came across on the MacBook.

One issue I came across was how my iMac wouldn’t stay asleep.  I never messed with the default settings on my MacBook, but on my iMac I wanted the computer to stay awake longer than I would a desktop.  I changed the settings and all was well for a few days.  Then one day, the computer kept waking up. It appears that it was because of the SMC.  My air conditioning went out one day and when they were fixing it, they shut off power causing the iMac to shut down improperly.  Resetting the SMC fixed the issue.

The second thing that bugged me was the Mighty Mouse.  I gave it a fighting chance, using it for weeks before giving up on it.  The mouse feels cheap in your hands and felt like I was going to break it just by clicking.  Not to mention it didn’t always recognize the right click when I would press down on the right side.  I went back to my Logitech mouse.  It worked out of the box, but it wouldn’t let me configure the buttons, so I downloaded the Logitech Control Center for OSX.  What a piece of crap that was.  Luckily, I found a great solution: Steermouse.  Steermouse gave me all the configuration options I needed for my Logitech mouse.

I’ve also found some new software I didn’t know about or use on my MacBook.  Google’s Quick Search Box is a great alternative to QuickSilver (if you are like me and all you used QuickSilver for was an app launcher). Boxee on the Mac is awesome.  It is such a nice media center and works much better than the Windows port.  There is even an iPhone remote app to control the media center wirelessly.

Bottom line is, I’ve had my iMac for several weeks and have done everything I’ve ever done on my PC (and more) and have not had any show-stopping issues.  In fact, in the course of a few weeks on Windows I would have had several problems pop up in normal use.  OSX has proven to be a much better OS for me under heavy usage. I’ll never switch back to Windows.

Have you noticed how much NBC loves actors from their hit 7 year drama The West Wing? I’ve noticed it in recent years as they have been popping up all over the NBC-owned USA Network since TWW went off the air.

There might even be more, but those are the ones I could come up with.  They are all fine actors and I’m glad to see that NBC recognizes talent and keeps them in mind for future programming, even if for one episode.