Christmas has come and gone. It was a bit strange this year as on my mom’s side we didn’t exchange gifts and just got together to catch up and play games and have dinner. It was really fun. I definitely preferred that than a three-hour present exchange marathon (our family is quite large).

One of the best things that happened this Christmas was giving my brother-in-law his present. You may be wondering what it was. It was a pillow with my face on it. Oh yeah, and I’m wearing a sombrero. My sister and I have a history of playing pranks on each other at Christmas. This year my brother-in-law was on the receiving end of the prank since I had his name in the gift exchange. The pillow is one of those pillows with sequins on it that display something when the sequins are facing one way but swipe the other way and they show a different picture/design/color. Anyway, below is a nice video and pictures of the pillow as well as some other Christmas pictures. 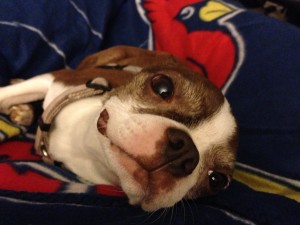 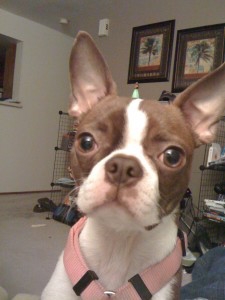 Apparently the new thing in men’s grooming isn’t so new afterall. Shaving with a one bladed safety razor is becoming stylish again. Why, do you ask? Well, simply put, it gives you a better shave. It turns out newer isn’t always better.

About a month ago I started searching for ways to beat my constant razor burn. I used a Gillette Fusion Proglide Turbo (and almost every Gillette razor before that) and would constantly get razor burns on different parts of my face. Google searches showed me a few articles about how using an old safety razor is the way to go. Even though it is only one blade and runs directly along your face (instead of being protected by plastic strips that modern razors use), it actually does provide a smoother shave that creates less irritation than modern razors. Not only that, but it delivers a closer shave because safety razors are not hindered by plastic strips to “protect” your face.

After doing the research, I decided to jump face first into the world of Old School Shaving. I ordered a Merkur 180 Long Handled Razor, as well as shaving soap, a shaving stand, a badger hair shaving brush, and a shaving mug. The first couple of shaves took some getting used to. When shaving with a safety razor, you do not use the same amount of pressure you use with a normal razor. Because I was used to applying quite a bit of pressure in order to get a close shave, I cut myself a few times. You also have to get the angle right. The reason it is called a safety razor is because the blade can only make contact with your skin at certain angles. Otherwise, you just get the metal of the razor gliding across your face. After the first couple of shaves, I was a pro.

Three weeks in and I still love shaving the old fashioned way. Not only does it provide a superior shave, but in the long run, it works out to be cheaper. After the initial cost of the supplies, blades and shaving soap are a fraction of the cost of razor cartridges and shaving cream. Sure, it takes about two or three minutes longer in the morning (you have to lather your own shaving soap), but it’s totally worth it. My face stays smoother longer, I get less irritation after shaving, and, well, it definitely feels more manly. This is how my grandpas used to shave. If it was good enough for them, it’s good enough for me.

I’m going to participate in Movember again this year. If you don’t know what Movember is, it is an annual, month-long celebration of the mustache, highlighting men’s health issues – specifically prostate and testicular cancer. Starting November 1st participants start growing their ‘staches. Movember is all about changing the face of men’s health, hence the growing of a mustache. Last year I went with the classic Fu Manchu and on November 30th I ended up with what you see below (it’s horrible, I know).

This year I’m going to try for the handlebar. Because this is such a daunting task to do in a month I’ve decided not to shave completely on October 31st. It’s cheating a bit but I’d like to see if I can get a nice handlebar by November 30th. You will be able to watch my progress on Daily Booth, just like last year.

When the contest starts on November 1st, please think about donating.