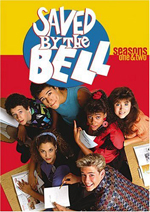 In case you haven’t noticed, I haven’t posted anything here in a while. Even the last post was not really a post. I guess I don’t have much to say, nor do I know what to do with this blog anymore.

I started a blog (that I post at almost as less frequently as here) to showcase some more professional and work related posts and topics. Definitely a lot more censored than this one. That being said, what becomes of this one? Do I still post here? Will this still be the ramblings of shep (as opposed to the ramblings of my birth name, which is my other blog)? I’m not sure.

In the meantime, this blog will still exist, if nothing else than for archival purposes. I still get a fair amount of traffic here from Google searches on a variety of topics and I definitely don’t want to keep people from finding information they may find valuable.

I guess if the mood strikes, I’ll blog here again. We shall see.

I’ve been blogging a lot more lately, mostly because I have the time to do so. I’ve also been reading a lot more blogs recently, again, because I have the time to do so. One thing I noticed with the blogs I subscribe to and read via Google Reader is that most people don’t blog until late afternoon/early evening. Personally, I blog whenever something hits me. I may be reading something on the net and find it interesting so I post about it so my readers can see it too. An example would be yesterday’s post on ” Brain Differences In Liberals and Conservatives.” I saw it, I wanted more people to see it, and less than five minutes later I published it. This was done early morning, before 9:00. It seems most of my posts of late have been written early in the day, I’d say 90% of them have been published before lunch.

Another habit of mine is that if I see something and want to talk about it, I may make a post about it shortly after I see it. I don’t want to sit there and think about it too long. I do this with a lot of news articles. Since I wasn’t the one writing the article and only offer brief commentary, it is very easy to publish it quickly. Posts that are more personal, I will mull over for a bit. Sometimes it may sit in draft status for several hours before I decide to publish it. On the other hand, I’m a fan of saying what I have to say quickly and publishing it as soon as possible. This doesn’t just go for blogging, but any kind of writing. I feel that I’m more clear and honest when I say what I want to say without reading it over and over and criticizing my every word. I don’t know. Just something I was thinking about. What about you? How do you blog? Do you post in the mornings or in the afternoons or evenings? Do you write something and publish it without really thinking about it or are you one to read it over and over going over every word with a fine-tooth comb?

(By the way, this post was written and published in 6 minutes)

Plural of moose is now meese. More than one fish means you have fishes. And one sheep, two shoop, three shoop, four.

That is all. Please spread the word.

EDIT: Urban Dictionary has shoop already (though definition 3 is contradicting the consensus of the #wordpress community) and also has the correct definition of meese.