He also makes light of the ALS challenge videos in The Ferguson Protest Challenge.

Who says corporate racism is dead? While this tool from the New York Times doesn’t specifically attribute the difference in unemployment rates by race to racism, it is hard to ignore it.  It is true that not all groups have felt the effects of the recession equally. Here are a few charts I found quite interesting (click to enlarge).

White Men and Women All Ages and Education Levels

Black Men and Women All Ages and Education Levels

Hispanic Men and Women All Ages and Education Levels

I posted this over at Political Jackass but I think it’s important enough to post it again here so more people can become aware of how nasty and dirty and racist the Republicans are in this election.

It’s amazing how much blatant racism the Republicans can get away with. I’m not talking about McCain calling Obama “that one.” I honestly don’t think McCain is dumb enough to make a racist remark like that on a live debate (though I do think John McCain is a racist). A group of Republicans in California have made their racism blatant.

The October newsletter by the Chaffey Community Republican Women, Federated says if Obama is elected his image will appear on food stamps — instead of dollar bills like other presidents. The statement is followed by an illustration of “Obama Bucks” — a phony $10 bill featuring Obama’s face on a donkey’s body, labeled “United States Food Stamps.”

The GOP newsletter, which was sent to about 200 members and associates of the group by e-mail and regular mail last week, is drawing harsh criticism from members of the political group, elected leaders, party officials and others as racist. Continue reading.

Here is the image: 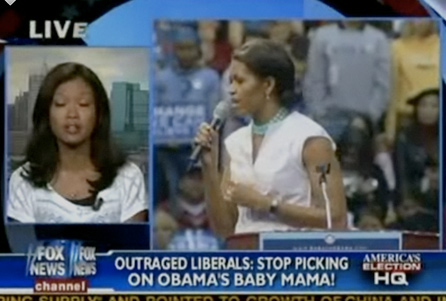 I really don’t understand how the American public is letting Fox news get away with their smearing of Obama.  People on the channel have called him Osama, equated his fist-touch with his wife as a terrorist gesture, said he’s Muslim, and are now being completely racist by calling his wife, yes, wife his baby mama.  This is not only disrespecting her, but also their two children. The slang term baby mama refers to a woman who is the mother of a child by a man who is not married to her and has no intentions of marriage.  That is not the Obama family in the least.  Don Imus didn’t get away with calling basketball players “nappy-headed hoes,” and rightfully so, so why should Fox News (and I use the term news lightly) get away with things like this?  You know that if someone on the left said something about Bush or McCain there would be a demand for an apology and that person would be fired or would resign.  What if the left started putting up images questioning McCain’s mental health (the very thing that Bush did in the 2000 primaries to defeat McCain)? 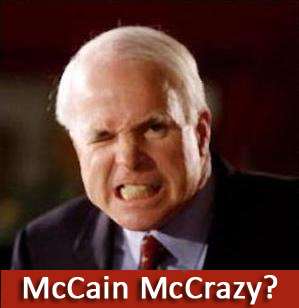 The American public needs to finally speak out against Fox and their propaganda machine.  If they keep going unchecked they will keep making up lie after lie.

I was browsing my stats and noticed an incoming link to my theme. Always curious as to what kind of sites used my theme I checked it out. I won’t provide the link here because the site I found was disgusting. The site is supposed to be an alternative “news” site but really was nothing more than a racist and bigoted site that talks about “niggers”, “kikes”, “evil Methodists”, and “fags.” Reading the titles of these posts made me want to throw up, and the actual posts and comments were worse. I guess the drawback to releasing a theme is you have no say in what kind of site decides to use it. I, for one, am disgusted by it’s use on this hate speech site.

EDIT: Just an update, I contacted the site’s host, DreamHost and they said they support free speech. This is understandable. I, however, doubt it has anything to do with free speech and more to do with them making money from a client. That’s just how DH operates. Even if the hate speech can incite hate crimes (which, if you look at the wikipedia entry posted in the comments by Mike, actually has happened). This lead me to post some terms in which I explain I have no affiliation with the content on sites using my theme. Kind of an obvious thing, but I just want to cover my bases.